Bang a gong and get it on. At once sardonic, flamboyant, and trashy, T. Rex´s uncommonly unique Electric Warrior catapulted leader Marc Bolan to stardom, triggered an ongoing fascination with glam rock, and launched a movement that soon involved David Bowie, Roxy Music, Mott the Hoople, and more. Yet none of those namesake artists ever released a record that out-glammed, out-innuendoed, out-thrusted, or out-camped Electric Warrior – named the 160th Greatest Album of All Time by Rolling Stone and included in the celebrated book 1001 Albums You Must Hear Before You Die.

Mastered on Mobile Fidelity´s state-of-the-art mastering system, pressed on dead-quiet vinyl at RTI, and housed in a gatefold sleeve, the label´s numbered-edition 180g 45RPM 2LP set gives the 1971 landmark the widescreen sound quality it has always deserved. Tony Visconti´s warm, reverb-soaked production and Roy Thomas Baker´s ace engineering remain two of the work´s most famous and revered elements. Here, the production and music can be experienced in all its full-tilt glory, from the subtle albeit elegant classical touches to the instantly identifiable Les Paul guitar licks to Bolan´s sensual, wispy, are-they-or-aren´t-they-serious vocals.

As Sean Egan wrote in the liner notes of a long-out-of-print reissue: "The sound is recognizably rock, yet a previously unheard exotic variant, almost as if concocted by inhabitants of one of the Tolkien-esque worlds common in Bolan´s lyrics. The strings are overt but discreet in shape and tone, injecting just the right amount of class." All these aspects and more come to life with a realism, vibrancy, detail, and textural palpability that surpass the presentation on any prior analog edition. If you can hear colors, this audiophile version of Electric Warrior will stimulate your inner synesthesia.

At the time of the album´s creation, such cosmic-related phenomenon were well within Bolan´s orbit. But the differences between Electric Warrior and the singer/guitarist´s earlier works are as vast as those that divide high art and low-brow culture. Chief among them: Bolan´s decision to channel his acoustic hippie-inspired visions into hyper-sexualized, metaphor-rich statements that benefit from amplified foundations. And still, part of the songs´ charm relates to how they tread a fine line between rock and pop.

Save for the lashing out of "Rip Off," Electric Warrior retains a mellow core underlined by a gauzy tint, gossamer temperament, and crushed-velvet feel. The perception that he record contains blustery heaviness is furthered – and initiated – by the now-iconic album cover, which depicts a giant-sized Bolan standing in front of an equally giant amplifier stack, striking a rock-star pose and giving the impression everything within is designed to go to the proverbial 11 on the volume knob. Akin to a majority of the songs themselves, the visual functions as clever illusion, absurd humor, ostentatious simplicity, and playful pretense.

Bursting with excessive fun and unchecked libido, T. Rex´s catchy boogies, shuffles, and vamps scoot by on a seemingly impossible blend of concise hooks, non-sequitur fantasies, and theatrical swagger. From the chart-topping "Bang a Gong (Get It On)" to the beautiful "Life´s a Gas," the R&B-stoked hit "Jeepster" to the pout of "Motivator" and galactic soul of "Planet Queen," Bolan, percussionist Mickey Finn, and boards manipulator Visconti craft a rewardingly strange, parallel universe of sound, style, and sex that still has no equal. 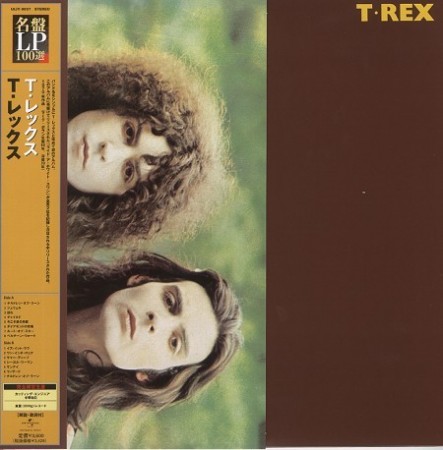 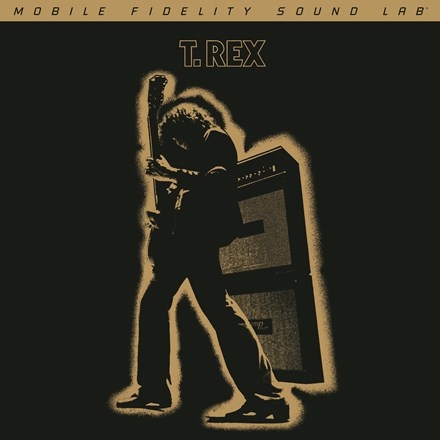