1976 was an incredible year for George Benson. Already a jazz veteran since the early '60's, the stars just seemed to line up perfectly with his masterwork No. 1 pop, soul, and jazz chart album Breezin'.

Cohesively picking some of the classiest tunes of all time, George started things off with Bobby Womack's soulful groover and title track "Breezin'." With Benson's skillful octave riffing and his natural guitar prowess complemented by a masterful band and orchestra, it truly ushered in an avalanche of success for this legendary musician. The popular instrumental would go on to win a Grammy for the Best Pop Instrumental Performance in 1976!

But lightning continued to strike as George's love of rock music is highlighted in the album as he dives into the Leon Russell songbook and creates his own funk masterpiece with This Masquerade. The top charting tune was unstoppable as it was played on every format of radio imaginable. Featuring his soulful vocals for the first time for many of his fans, it also brought the artist even more acclaim as it won another Grammy for Song Of The Year!

Whether jazz, pop, soul, rock, adult contemporary, George Benson's Breezin' album was a crowd pleaser. With his own classics like "So This Is Love?," his brilliant interpretation of Jose Feliciano's "Affirmation," and Phil Upchurch's rockin' soul jam "Six To Four," it all helped him grab another Grammy for Best Engineered Album too, making this one amazing career achievement for the man. 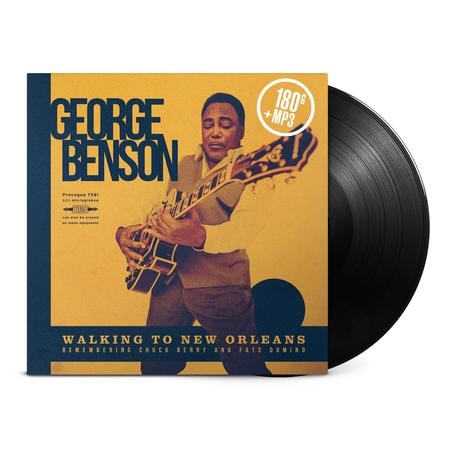