An historic collaboration by two of jazz music’s greatest artists is finally available on 180-gram 2-LP set. Impex Records’ deluxe production captures the amazing outdoor acoustics with fine detail and wide dynamic range. The beautiful gatefold jacket is coated in a vintage high-gloss lacquer and embellished in metallic ink. The White House Sessions, LIVE 1962 contains inspired performances of classic tunes “Take Five,” “Castilian Blues,” “Lullaby of Birdland,” and “I Left My Heart In San Francsico.” Impex Record is proud to bring you a performance unequaled, a recording unparalleled and the must-have audiophile release of this or any other year.

"Bennett's vocals are particularly natural and present-sounding... Brubeck's group in its prime, with Paul Desmond on Alto, Eugene Wright on bass and Joe Morello on drums... Bennett/Brubeck is nonetheless a record I found myself playing more times than I expected to before sitting down to write this. There's something about a live performance from a time when life was so much simpler, even if more jittery and dangerous because of the cold war, that makes you want to go back in time and enjoy it all again." - Michael Fremer, www.analogplanet.com, 8/11 Music, 8/11 Sound

For the first time ever on 180g LP, this two LP set is beautifully re-mastered and the original artwork has been carefully replicated.

Two remarkable visionaries at the peak of their powers, Dave Brubeck and his quartet and Tony Bennett (both with his group and with Bennett with trio) give hot performances of some of their biggest hits: Brubeck's revved up "Take Five," and Tony Bennett's soulful "I Left My Heart in San Francisco."

Playing the popular White House Sessions concert on the Washington Mall for President John F. Kennedy, these titans of popular jazz have a great time informing, joking and playing the lights out. You'll want to play the grooves out of Impex's impeccably produced issue of this lost treasure. Quiet surfaces, incredible dynamics, full frequency responses and deluxe packaging will provide years of listening and viewing pleasure.

"This is intimacy with a capital 'I', a long-forgotten set performed on the Washington Mall for President Kennedy. Brubeck naturally offered 'Take Five' and three more; Bennett obliged with 'I Left My Heart In San Francisco', 'Lullaby of Broadway', 'One For My Baby', 'Rags To Riches', 'Just In Time' and five morefour with Brubeck's backing. This is one to treasure." - Ken Kessler, Hifi News Magazine, August 2016

"I'm all for hearing ever-improved re-reissues of old favorites, often on spectacular-sounding 45rpm platters. But it's also really nice to receive something fresh, and this never-before-released gem recorded live in August of 1962 at the White House Seminar American Jazz Concert is pretty wonderful. Disc one features the Dave Brubeck Quartet, which kicks off with a fast-paced rendition of 'Take Five.' As usual Paul Desmond's sweet-sounding alto is a highlight, and the band really cooks throughout its four tracks. Bennett gets to shine on the second LP, delivering a joyful set with his trio that culminates in 'I Left My Heart In San Francisco.' The Brubeck group, sans Desmond, joins Bennett for the final side's unrehearsed set of tour tunes, and it's a treat to hear Bennett perform with a more swinging jazz group. The tape was discovered in 2012, and Kevin Gray and Impex's Robert Pincus mastered the two-LP vinyl edition. The concert was recorded outdoors at the Sylvan Theater, so don't expect spectacular sonics. Still, the sound is quite clean (if a tad lean), the balance is excellent, and there's plenty of dynamic snap (check out Morello's drum solo on 'Castillian Blues') and good energy in these grooves." - Wayne Garcia, The Absolute Sound, July/August 2016

"In late August of 1962, two musicians at the height of their popularity performed separately and together (for the first time) before an audience at the Sylvan Theater in the shadow of the Washington Monument. History was being made, and producer Teo Macero wanted all to go well. The concert featuring Tony Bennett and Dave Brubeck went as planned, but later Murphy's Law reared its ugly head and the tapes were lost due to a clerical error. They were discovered in the Sony Music vaults fifty years later, misfiled, ironically, with some classical titles. Finally, in 2013, the hour-long concert was released on CD. Now, as a treat for LP lovers, Impex Records has released this memorable concert on two heavyweight slabs of quality vinyl encased in a stout, high-gloss gatefold jacket replete with generous liner notes and historic photos. I was unprepared for the quality of the sound, given the circumstances of the recording. It is remarkably good for its age and captures the event in honest, unfettered fidelity. I'm certain that the remastering by Kevin Gray and Robert Pincus, along with the dead-quiet surfaces of the RTI-pressed vinyl, contributed to this. If the soundstage is a bit flat, blame that on the limits imposed by the outdoor acoustics. I heartily recommend this set to anyone who wants to settle in for an hour of grand music-making by two masters of the craft. Disappointment is not an option." - Guy Lemcoe, The Audio Beat, May 2016, 4/5 Music, 3.5/5 Sound 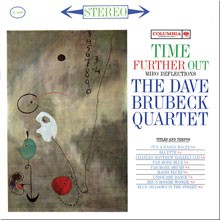 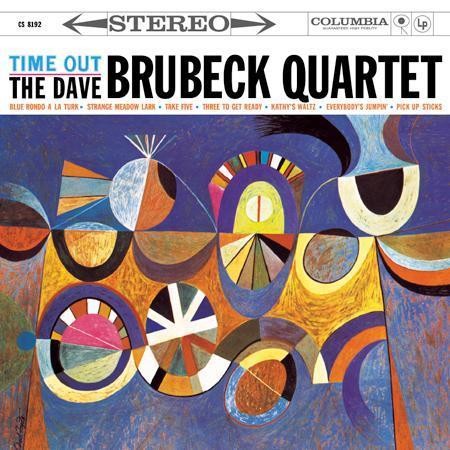