Mastered by Kevin Gray from the original analog tapes

"Genius + Soul = Jazz is a winner, now sounding better than ever. I like this reissue so much I'll probably not play my original again since it isn't in quite as nice condition. In fact, I'm not sure if I really need to even keep my original in the collection at this point given the quality of this reissue. And that is probably the best complement I can offer." — Mark Smotroff, Audiophile Review, May 17, 2021.

Ray Charles was best known for his work in the idioms of R&B, rock 'n' roll and even successful forays into country. But he also recorded influential jazz albums, including the groundbreaking Genius + Soul = Jazz originally released in 1961. Recorded at the Van Gelder Studios in Englewood Cliffs, New Jersey, in late 1960, Genius + Soul = Jazz was produced by Creed Taylor and includes arrangements by Quincy Jones and Ralph Burns. Ray Charles played the organ with three vocals ("I've Got News For You," "I'm Gonna Move To The Outskirts Of Town" and "One Mint Julep") and band members included members of the Count Basie Orchestra: Thad Jones, Joe Newman, Billy Mitchell, Frank Wess, Freddie Green and Sonny Payne among others.

The record ascended to the No. 4 spot on Billboard's pop album chart and spawned the very first singles on Impulse. "I've Got News For You" rose to No. 8 R&B and No. 66 on the Hot 100. In addition, Charles' version of "One Mint Julep" charted No. 1 R&B and No. 8 pop and his rendition of the blues standard "I'm Gonna Move To The Outskirts Of Town" reached No. 25 R&B and No. 84 pop.

Although Basie himself does not appear on the album, the Count was a major model as Charles assembled a full-scale, working orchestra. Basie also influenced his use of organ in a jazz context, and Charles was happy to record at the Van Gelder studio, where Jimmy Smith had recorded his classic Blue Note albums. Truly, as Dick Katz wrote in his original January 1961 liner notes, "The combination here of rare talent plus uncommon craftsmanship has produced a record that showcases the timeless quality an innate taste that is uniquely that of Ray Charles." 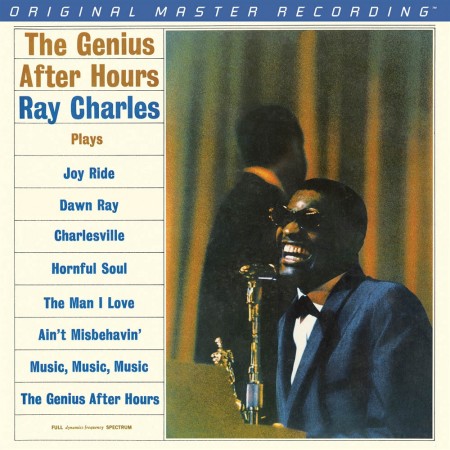 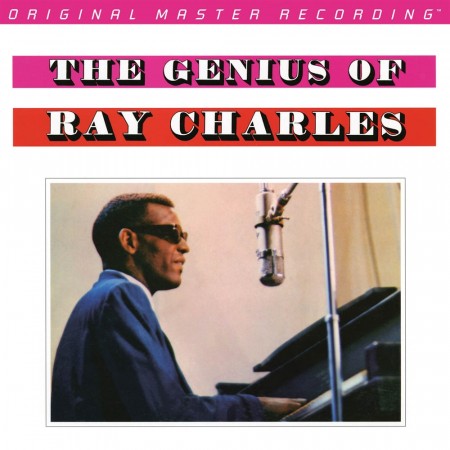