"Storm´s robust, rough and ready vocals are more than ably accompanied by the core band of pianist Eric Adcock, guitarist Roddie Romero, tenor and baritone saxist Derek Hutson, upright bassist Chris French and drummer Gary Usie on, not only the two debut 45 titles above, but engaging covers of a raft of titles that followed in his wake. Particular corkers include the choogling ´Long As I Can See The Light,´ where Creedence Clearwater´s John Fogerty drops by to share the vocal with Storm, along with a rockin´ ´Mathilda,´ a mellow recall of Bobby Charles´ ´Tennessee Blues´ (with slide guitarist Richard Comeaux and fiddler Beau Thomas guesting) and Domino´s carefree ´Let The Four Winds Blow.´ Also noted are (producer Yvette) Landry´s tempestuous vocal sharing on ´Mama Mama Mama´ and an inspired reworking of Merle Haggard´s bleak ´My House Of Memories´." — Gary von Tersch, Blues & Rhythm Magazine, April 2020. 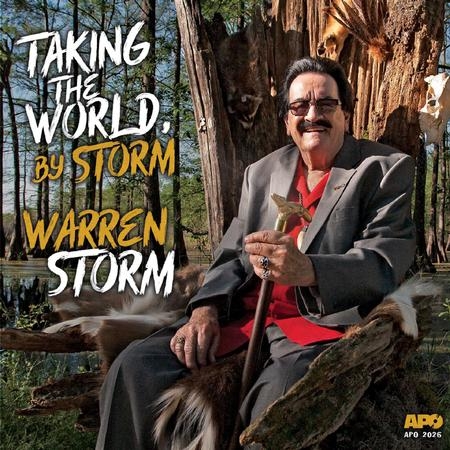