Mastered from the original analog tapes by George Marino.

"...this new LP of Tea is a doozy. I hesitate to use the term 'last word' on anything, particularly records these days which can be remastered and even remixed (though very rarely), but this may well be the last LP pressing of this title that anyone will ever need. The dynamic scale, level of detail and the overall atmosphere of this pressing is superb. The warmth and suppleness of the sound is without equal. Yet another unqualified triumph from Kassem's sonic wonderland out on the Great Plains!" — Robert Baird, Stereophile.com, May 2015.

"Yes, it does sound better at 45rpm: more open, dynamic and not slightly pinched on the inner groove area since it's stretched out to two LPs and the sides don't have to go as far towards the center of the record. If you already have the 33 do you need the 45 set? Only if you are absolutely fanatically dedicated to this record. Then you won't regret the purchase. It will become a collectible so you really can't go wrong." — Music = 10/11; Sound = 10/11 - Michael Fremer, AnalogPlanet.com.

Just when you thought it couldn't get any better, Analogue Productions has upped the ante! Introducing Tea For The Tillerman on 45 RPM. If you thought the 33 1/3 version was something to behold, just wait until you hear this. But don't wait too long. Our license to reissue this classic smash is nearing expiration, meaning these 3,500 copies — each gold foil numbered — will become increasingly collectible. Why wait? Order your copy now.

Kudos for our 33 1/3 version of Tea For The Tillerman:

"These (two new LPs from Reference Recordings) and Analog Production's remastering of Tea for the Tillerman were both pressed at Quality Record Pressings, the superb Salina, Kansas, facility, and they are the best and the quietest LPs I've heard of recordings made during the LP era. In a sense, the silences of QRP's pressings, their lack of those hard-to-define anomalies of stylus-in-groove sonics, are comparable to the kind of quietness inherent in a magnetic-drive turntable...QRP has put its best feet forward. 'Spectacular' in this case means a freedom from defects (snaps, crackles, and pops) and an absence of groove noise and what I would call vinyl 'rumble,' hard to define except by contrast with normal pressings." - Harry Pearson, The Absolute Sound, January 2012 (or Issue 219)

"...All you really need to know is that in every way this first effort from 'QRP' is of the highest quality...gatefold packaging which looks just like the original, only better. As far as the sound goes it is equally brilliant...And wow listening to this impeccably pressed on 200g vinyl reissue. The attack of the pick on the guitar strings is astonishingly clean and detailed. Depth is pronounced and because of both the blackness of the backdrop and the precision of both the state-of-the-art plating and the technological breakthroughs achieved in the retro-fitted presses, the resolution of low-level detail reveals a host of details that are either buried or glossed over on the other versions I've heard and own." - Jack Roberts,Dagogo, October 2011

"...Like the glossy gatefold covers used in their deluxe Impulse 45 RPM series, the cover reproduction here is absolutely top-notch...The vinyl itself arrived perfectly clean and flat, and played with nary a pop or tic throughout...The pressing is of extremely high quality." - My Vinyl Review, August 29, 2011

In 1970, Lee Hulko at Sterling Sound cut Tea For The Tillerman for A&M Records in the U.S. and Island Records in the UK using a Telefunken M10 tape machine and a Neumann VMS 66 lathe with a Neumann SX68 cutterhead. Hulko started Sterling in 1968 and was its original mastering engineer. He's considered among the first engineers to advance mastering from just transferring music from tape to lacquer to an art where attention is paid to all the details that result in better sound. We actually found Hulko's original mastering notes from more than 40 years ago. It's incredible, but Sterling still has all of their notes filed away.

So, it was originally cut at Sterling - as were all of the early original Cat Stevens albums - and the tapes were last used at Sterling. How appropriate then that we should go back to Sterling for this monumental reissue. Using the original tapes, George Marino handled the mastering this time. He used an Ampex ATR-102 tape machine, another significant point of interest. While Ampex has long been revered for their sound, they had never made a preview version so that a mastering engineer could cut a lacquer from an Ampex machine. Mike Spitz at ATR Services made a unique preview modification for Sterling so that they could cut this record using an Ampex along with a Neumann VMS 80 lathe with a Neumann SX 74 cutterhead.

Awesome! a great record, one of the best!!

I thought the 33 rpm single LP, and the first record cut by Chad and his team sounded great!!,   well wait till you here this 45 rpm double LP version!

As good as the single LP is -The 2 45 rpm LPs smoke it. The clarity, depth and space between notes gets much better. Im glad I bought it, highly recommended!!.

One of the best sounding albums ever!

I upgraded to a VPI Classic 1 and when I played this 45 RPM LP and compared it to the 33 1/3 QRP release the audible differences were not subtle. This 45RPM version has huge dynamics and delicate decay I-d never heard before. Although the 33RPM was great this double slice of wax has a natural live a presence throughout all four sides with gobs more detail.   I played It for a friend and he was blown away.   He said It was If the band was In the room with us. I agree 100%. Thank you Chad for another superior reissue from QRP.

Chad did it again amazing sound .  B etter then the 33.hurry before there all gone and going for hundreds on eBay

This is what I expected. A stunning record taken to a much higher level

I just got my copy of Tea For The Tillerman from Acoustic Sounds. Thank you ! To you and your team, the care and final result of your work is an amazing step in the right direction for music.  I for one can-t wait for you to give this kind of attention to more great music that has been recorded by so many talented Artists.  Hearing Tea For the Tillerman cut at 45RPM with all of your teams care is like finding religion ! Keep up the great work. 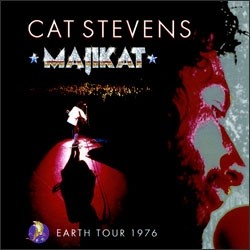 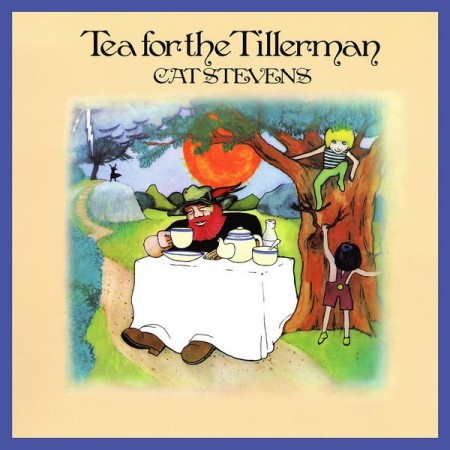 Cat Stevens: Tea For The Tillerman 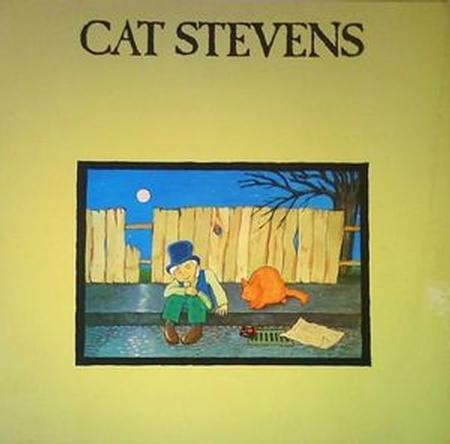