"... Among the mass of truly memorable and talented songwriters who practiced their craft in the late 1960s and early ´70s, Tony Joe White is the quiet master. ... It´s slightly mind-twisting to think that the LP reissue movement is now digging deep into major-label catalogs the way CD reissues once did. Dig on!" Performance = 3.5/5; Sonics = 4/5 — Robert Baird, Stereophile, January 2012

"You might not know this record," says Chad, "but give it a try and I guarantee you will be blown away."

You may or may not know of Tony Joe White, but we all know his two most famous songs — "Polk Salad Annie" and "Rainy Night In Georgia." This record is up to the standards of those great numbers. So soulful, humid, rich and textured. Or as Tony Joe would say, "It´s swampy."

And because it´s such a classic, such a southern musical touchstone, we´ve gone and upped the ante — making this standout a 45 RPM double LP release. Veteran audiophiles know and hear the difference. With more LP real estate, inner groove distortion is reduced and tracking by your stereo cartridge is improved. That´s a major sonic advantage! Mastered by Kevin Gray at Cohearent Audio from the original analog tape, this LP sounds phenomenal from the first note to the last fade out.

The last four songs on side two of this album are going to positively floor you. They are so sparse and bluesy and emotional. And the sound is as good as the music. With this new QRP pressing, the sound is so good it´s tape-like. So solid and jet-black is the foundation from which the music just jumps. Ya gotta hear it to understand what we´re trying to describe. It´s one of those jaw-hit-the-floor, sit-in-stunned-silence, goose-bump-raising, tears-in-your-eyes records. You know, the kind we´re all looking for as audiophiles?

Homeade Ice Cream was originally released in 1973 on Warner Bros. and was co-produced by White and legendary Atlantic producer Tom Dowd. It´s White´s sixth overall record and his third for Warner Bros. This is very much a back porch acoustic affair. The music has the space to breathe, one of the reasons for the life-like sound. 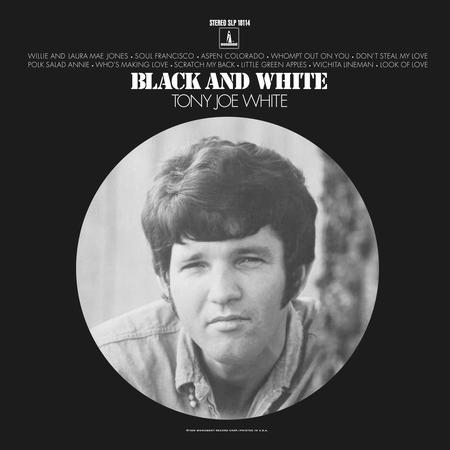