Mastered from the original analog tapes

Get your motor runnin' baby — Steppenwolf's Gold: Their Great Hits took its title literally. The towering rock album success rang in at No. 24 on the Billboard Pop Albums chart and became certified gold for record sales in excess of 500,000 units by the Record Industry Association of America (RIAA) in April 1971.

AllMusic praised the production and engineering of most of the tracks and called it a "nearly perfect" introduction to the band. Acoustic Sounds and Analogue Productions want to introduce you to the most sonically perfect version of this historic album you've ever heard on vinyl. Our 200-gram 33 1/3 RPM reissue was remastered from the original analog tapes by Kevin Gray at Cohearent Sound and plated and pressed by Gary Salstrom and his crew at Quality Record Pressings, makers of the world's finest-sounding LPs.

The Canadian-American rock band, named for Hermann Hesse's mystical novel, rocketed to worldwide fame after their third single "Born to Be Wild" dropped in 1968. The song and Steppenwolf's version of Hoyt Axton's "The Pusher" figured prominently in the 1969 counterculture cult film Easy Rider, and both show up on Gold's track list. Two other singles on this stunning album compilation also cracked the Top 10 on the charts: "Magic Carpet Ride" and "Rock Me."

"Magic Carpet Ride" was released in 1968 on the album The Second. It was written by band members John Kay and Rushton Moreve, peaked at No. 3 in the U.S. and stayed on the charts for 16 weeks, longer than any other Steppenwolf song.

Steppenwolf enjoyed worldwide success from 1968 to 1972, when clashing personalities ultimately broke up the core group after a farewell concert in Los Angeles on Valentine's Day, 1972. Today, John Kay remains as the only original Steppenwolf member. 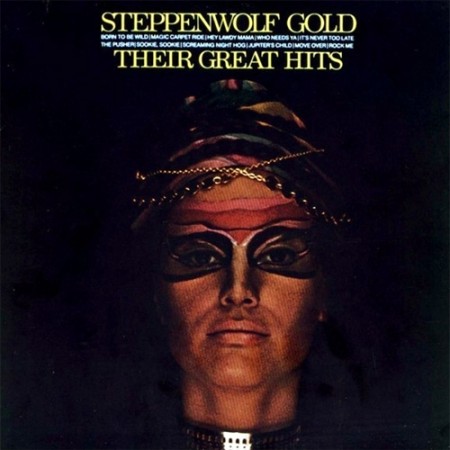