Two LPs are packaged in a protective clear sleeve

Fast forward to today: Classic Records by Analogue Productions is resurrecting this collection through an initial 10-title reissue series cut directly from the original 35mm tapes through Classic´s "all-tube" cutting system by Bernie Grundman. Grundman cut the Classic Records reissues at both 33 and 45 RPM - the 45 RPM versions have never been reissued!

In 1960, David Hall, who wrote the original liner notes for this Everest 35MM recording had this to say about the Villa Lobos composition / Everest Recording: " In recent years, hi-fi fans have delighted in the realistic recordings of big steam locomotives and other railway sounds. For some, it is more thrilling to have a fast freight roaring through the living room than to hear the music of Beethoven or Tchaikovsky. Here, though, is a tailor made for both the audiophile and music lover. With Everest´s startlingly lifelike sound, coupled with the vivid imagination of Villa-Lobos, you can hear a musical train come to life on your phonograph."

The Little train of the Caipira was inspired by a ride that Villa-Lobos took in 1931 on a train that was transporting berry-pickers and farm laborers between villages in the Brazilian province of Sao Paolo. Within and hour he had completed the last movement (toccata) and that very night he and his wife played the movement on cello and piano.

Alberto Ginastera, Argentina´s most celebrated composers, wrote "Estancia", a one act Ballet in five movements, as a commissioned composition in 1941. It was not performed in ballet form, however, until 1952 in Buenos Aires. "Panambi" composed in 1936, and another ballet suite in five movements, is based on a South American Indian legend. Its primitive element is most spectacularly evident in the second movement which is scored for percussion and brass only and in the last movement "Dance of the Warriors" which works up to a tremendous final climax.

This Classic Records faithful reissue features original artwork and labels and includes an "old style tip-on" jacket to add a touch of authenticity. 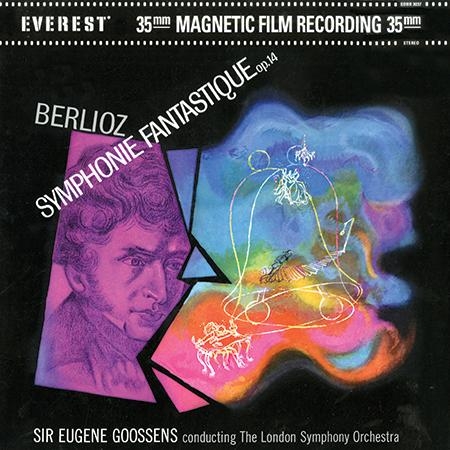