Patricia Barber has always been an artist's artist, harnessing a restless imagination and an intellectualized curiosity to create visionary jazz that breaks boundaries and reorders perceptions. She serves the chase: the unexpected musical note. The irreplaceable word. The irregular beating heart of jazz.

And Café Blue is the album that best personifies her genius. Spare, turbulent, quirky, and slyly humorous, there is no other jazz masterwork quite like it.

For the first collaboration with this musical vanguard, Impex's 1STEP is exclusively cut from original analog work masters and cut by Kevin Gray at CoHearent Audio. The stunning fidelity, breathtaking dynamics and startling spacial realism surpass every other edition of this breakthrough album.

The 1STEP Process:
The Impex 1STEP process relies on short, tightly-controlled runs that require a new lacquer after each 500 pressings. This unforgiving format has the lacquer skipping the regular father-mother process, going right to a single convert and then pressing. Though this dramatically increases mastering and production costs, it also assures each run is more consistent from disc to disc, with less noise, clearer details and deeper bass.

Reducing production complexity to just a single "convert" disc between the lacquer and the press greatly improves groove integrity, diminishes non-fill anomalies and increases signal integrity from the master tape to your system.

Two 180-gram 45-rpm LPs, pressed on VR900-SUPREME VINYL, and a deluxe booklet are packaged in a heavy-duty 3-sleeve jacket. The jacket is then placed in a cloth-bound slip case that protects your investment and brings a cool retro-modern look to your shelves. Strictly limited to 5,000 numbered pressings!

"A long serious asthma attack had sidelined me for an entire year before and during the time I wrote the music for Café Blue. In a repeat of so many childhood episodes of being sick, exiled, looking out the window at other kids playing, coughing up mucus at my mother's insistence, crying myself to sleep, doing breathing exercises into an inhalation meter given to me by the hospital to increase my lung capacity, there I was again at 37 years old, very sick. My existence centered around the inhalation meter which showed a dangerously low number. Over the course of that year, I was able to increase my lung capacity, day by day, incrementally, from a reading of 'almost dead' to a normal, even robust lung capacity. But it took a full year, all my savings, and extreme patience to bring myself back to the world of the living.

Toward the end of that year, feeling better, I started working again with music, my great love. At the Gold Star Sardine Bar, Bill Allen, the owner, had insisted that I sing songs exclusively from the classic American Songbook. My mother had taught me all of these songs, but I really learned them well during the 9 years of 6 nights a week at the Gold Star. (The smoke from the club also made me sick, as they had cigarettes on the tables.) Intimate knowledge of this song library gave me access to harmony, lyrics, secrets to what can make a song work. And like many other singers of the era, I was frustrated that there was no quality contemporary song repertoire. Having time on my hands, I decided to give songwriting a try. Pretty quickly I realized I had a talent for it. The emotion you hear in the songs on Café Blue is some combination of my sadness at being imprisoned, my love for music and life, and my joy in seeing light at the end of the tunnel." - P.B., December 2019 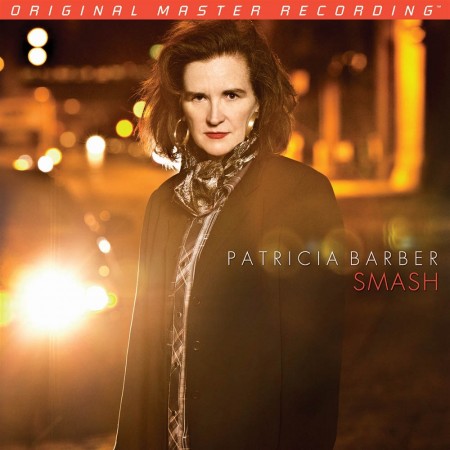