The second highest-selling jazz album of all time!

There are few artists in the music industry who have had more influence on acoustic and electronic jazz and R&B than Herbie Hancock.

In 1963, Miles Davis invited Hancock to join the Miles Davis Quintet. During his five years with Davis, Herbie recorded many classics with the jazz legend including ESP, Nefertiti and Sorcerer, and later on he made appearances on Davis' groundbreaking In a Silent Way and Bitches Brew.

Hancock's own solo career blossomed on Blue Note, with classic albums including Maiden Voyage, Empyrean Isles and Speak Like a Child. After leaving Davis' fold, Herbie put together a new band called The Headhunters and, in 1973 in San Francisco, recorded Head Hunters.

Head Hunters became not only Hancock's best-selling album, but also the second highest selling jazz album of all time (at last RIAA count). It was in 1973 that he gathered a new band to combine electric music with funk, perhaps best exemplified in the pop music of Sly Stone.

Hancock took over all synthesizer duties, along with Fender Rhodes and clavinet and was backed by bass and drums. The opening bars of "Watermelon Man" with Bill Summers blowing into a beer bottle, along with the band's funky grooves and new electric sounds, captured the crossover fans who had otherwise avoided buying jazz records.

Head Hunters was a pivotal point in Hancock's career, bringing him into the vanguard of jazz fusion. Hancock had pushed avant-garde boundaries on his own albums and with Miles Davis, but he had never devoted himself to the groove as he did on Head Hunters. Drawing heavily from Sly Stone, Curtis Mayfield and James Brown, Hancock developed deeply funky, even gritty, rhythms over which he soloed on electric synthesizers, bringing the instrument to the forefront in jazz. It had all of the sensibilities of jazz, particularly in the way it wound off into long improvisations, but its rhythms were firmly planted in funk, soul and R&B, giving it a mass appeal that made it the biggest-selling jazz album of all time (a record which was later broken).

Jazz purists, of course, decried the experiments at the time, but Head Hunters still sounds fresh and vital four decades after its initial release, and its genre-bending proved vastly influential on not only jazz, but funk, soul and hip-hop. 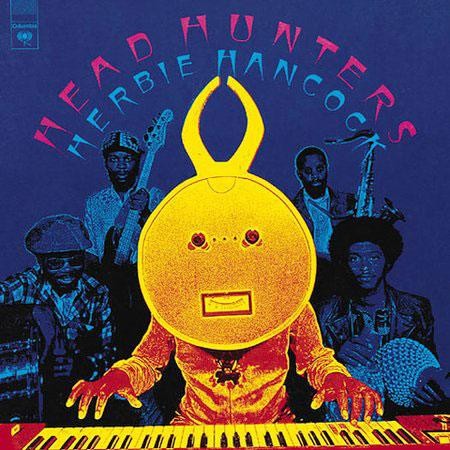