Welcome, friend. You´ve just checked into the Mars Hotel. The Wall of Sound, the greatest PA system ever constructed, is freshly built and ready to go. Phil Lesh is busy experimenting with a low-frequency concept known as "Earthquake Bass." Jerry Garcia is smiling, fresh from blaring a tongue-in-cheek anthem titled "U.S. Blues" that serves as both an irresistible rallying cry of pride and ironic commentary. And the Grateful Dead´s interplay continues to wow, peaking on "Unbroken Chain," the most obvious example yet of the group´s shared chemistry and individual talents. Yes, we´re certain you´ll enjoy your stay. In the lobby, you´ll find decoratively funky "Scarlet Begonias." Do we need mention the music, performances, and sights sound and look better than ever?

Mastered on Mobile Fidelity's world-renowned mastering system and strictly limited to 2,500 copies, Mobile Fidelity's hybrid SACD of From the Mars Hotel comes on as both an audiophile delight and Deadhead's dream. Vastly improving upon the long-out-of-print 1984 MoFi version that currently commands upwards of hundreds of dollars on the aftermarket, the new version takes advantage of enhancements to the cutting system, pressing process, and mastering gear. MoFi's engineers have taken every precaution in honing the sound and feel of the Dead classic.

Originally made in a modern facility dubbed Studio A – a large cinderblock room that Columbia Records specially outfitted for Simon and Garfunkel, who, ironically, split up before they could use it – From the Mars Hotel was primarily recorded live to 16-track machines. After laying down the basic structures, a few overdubs got added, most notably in the form of John McFee's rustic pedal-steel guitar accents on one track and Ned Lagin's spacey synthesizer passages on another. Always prized for its superb fidelity, the effort possesses an uncanny sense of airiness around the vocals, brilliant microdynamics, excellent transients, reference-caliber balance, accessible tonalities, and the distinctive aura of a real band playing in a defined space.

With Keith Godchaux's spry quick-finger piano notes adding a barroom blues feeling and wife Donna Godchaux's soaring background vocals bringing up the rear, the Dead puts a vibrant spring into the step of contagious fare such as the rousing "U.S. Blues," down-and-dirty funky soul of "Loose Lucy," and slippery "Money Money." These songs stand as some of the loosest black-inspired music the Dead composed. And why not? True to the era's burgeoning mix of soul, R&B, psychedelic rock, and dance, the collective places its own memorable stamp on the day's popular fusion.

Yet From the Mars Hotel earns its stripes as a must-own album for Deadheads and traditional listeners alike because of the manners in which the six band members communicate, bond, react, and create. Singing lead on the high country of "Pride of Cucamonga" and interlocking centerpiece "Unbroken Chain" while threading the record's golden tapestries with silvery bass lines that cradle, shift, and anchor the arrangements, Lesh turns in a heroic individual performance.

Each of his mates maximize their own techniques: Garcia lending equal doses of sincerity and salaciousness; Bob Weir hunting, pecking, and jabbing guitar phrases into the flux; drummer Billy Kreutzmann demonstrating jazz-like flair, flawless timing, and rhythmic wit. It's no wonder that many Deadheads, if forced to choose, would select "Unbroken Chain" as the premier example of third-era Dead interaction. Relatively concise, eminently soothing, and named for a crumbling hotel down the street from Studio A, From the Mars Hotel forever dispels the tired notions that the Dead never succeeded in the studio after leaving Warner Bros. and aimlessly drifted (the longest track here clocks in at a scant 6:45). 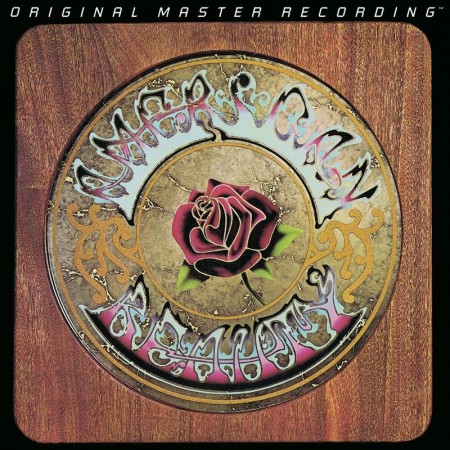 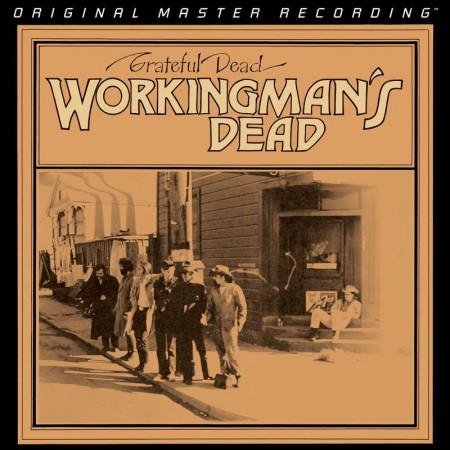